Nova Gorica is the local town for the sunny Goriska region. It neighbours its parallel Italian sister town Gorizia. The local climate is mild, green and flowers blooming all year round. Locals are generally good English, German or Italian speakers and very welcoming.

The area is famous for roses and entertainment in all seasons, such as concerts, festivals, theatre performances, fairs, exhibitions and other cultural, culinary and ethnological events. Nova Gorica has two entertainment centres and several casinos with the most modern gaming equipment. Locals are proud of their excellent cuisine, accommodation and wellness services.

To the northeast, lovers of peaceful surroundings will be impressed by the Trnovo Forest which has biking paths and hiking trails where you can get to know the area‘s rich fauna and flora. Those interested in flora will enjoy visiting the herbal centre in Grgarske Ravne where they will become familiar with the production, processing and use of medicinal herbs.

The green and wine growing Vipava valley stretches out to the East of the town, in the direction towards Ajdovscina. These nice places are the home of great wines, also of the unique varieties such as zelen, pinela and klarnica, which are best combined with tasty Vipava dishes. You can taste them in hospitable cellars, at Osmica and tourist farms, in inns, restaurants and also get to know ethnic events which bring back into life the customs of the past.

Sezana is one of the principal towns in the Karst region. It is 17 km from the port of Trieste in Italy and the closest beaches are on the coast to the west of Triste.

Apart from the wonderful rural scenery the principal tourist attraction in the area is the Lipica Stud Farm which is one of the oldest stud farms in the world and the birthplace of the Lipizzaner. For over 400 year tradition of breeding the famous white Lipizzaner horses has been preserved to the present day in the centre of the unique Karst landscape and represents one of the most beautiful natural and cultural monuments of Slovenia. Experience a tour of the stud farm, a carriage ride around the estate, visit the museum and take riding lessons.

Lake Bled, together with its surroundings, ranks among the most beautiful alpine resorts, renowned for its mild, healing climate and thermal lake water. The beauty of the mountains reflected on the lake, the sun, the serenity and the fresh air arouse pleasant feelings in visitors throughout the year, guaranteeing an ideal base or a relaxing break or an active holiday. Bled attracts businessmen, artists, athletes, explorers, sport enthusiasts, the old and the young, from all over the world, enchanting them to return again and again. Bled's is a mild, healthy sub-Alpine climate with the longest swimming season of any Alpine resort. The ridges of the Julian Alps and the Karavanke protect it from the northern winds. During the summer months there is no fog. The average monthly temperature in July is 18,7°C and in January -1,2°C.

Bled is an ideal destination for active holidays. Rowing and surfing on the lake, angling, kayaking and rafting on the Alpine rivers, riding in nature and climbing the surrounding mountains, cycling and golfing, ballooning and parachute gliding. Winter activities include walking and hiking, skating l, cross-country skiing , alpine skiing in the nearby hills and night skiing.


An international Violin Festival takes place annually in the last days of June and in July, at different locations in Bled and its surroundings. Every year over the 4th weekend of July there days of fairs and concerts. The event culminates in fireworks and the lighting of thousands of candles on the lake. Every August Bled hosts an Ethno festival with performances of Slovene and foreign ethno musicians of world renown.

Lake Bohinj with its surroundings is one of the top natural pearls of Slovenia. It lies within the Triglav National Park and is surrounded by the beautiful Julian Alps. Crystal clear water offers bathing between June and September. The pristine natural environment makes Bohinj an attractive destinations for tourists seeking peace and tranquillity and also those wanting to participate in an active holiday.

Bohinj really offers a great variety of activities. Air, rock, water, earth, underground or snow? You will not get bored in Bohinj. Lake Bohinj is the largest permanent natural lake in Slovenia. It is of glacial-tectonic origins; 4 km in length and a kilometre in width. On the west side the Savica waterfall flows into the lake and on the east side the Jezernica river flows out. Bohinj has an alpine climate; snow in winter but the lake warms up in the summer and is excellent for bathing, kayaking and wind surfing. Most popular bathing locations are in the west side (Ukanc) and mostly on the east side of the lake (near Stara Fuzina and Ribcev Laz). On the north side of the lake the only access is by footpath. Here you will find small romantic bays. Particular tourist attractions include: Bohinj Adrenaline Park, a course is made up of high ropes, climbing nets and swings ranging from heights of 8m to 14m. All supervised by trained instructors; and an International wild flower festival for alpine flowers is held annually.

Bovec is the principal town in the beautiful Soca valley. The area is ideal for those who love outdoor activities and adventure sports. Set between the Triglav National Park and the Julian Alps the surrounding scenery is stunning. Activities available are hiking, kayaking, rafting and mountain biking. In winter there is skiing, ice climbing, sledding, skating, cross country skiing and snow shoeing at Kanin, Slovenia's highest resort with pistes from 2,300 metres.

Other attractions in the area include Kluze fortess above a ravine on the Koritnica river and the Kanin mountain bike park. There are bike trails for families and for mountain bike and downhill enthusiasts. In Bovec you will find several companies arranging river rafting and other activity sports.

Maribor, Slovenia's second biggest city, is the centre of the Stajerska region. It is situated along the banks of the Drava river and set against the backdrop of the Pohorje mountains and rolling vine-covered hills. Its character is quite different from that of Ljubljana.

Maribor has a well preserved old city centre with a castle, a famous 13th century church of St. John the Baptist, the remains of a town wall with four defence towers, a medieval market and a number of other buildings from the Renaissance to Baroque and the present day. Referred to as "the city of wine", Maribor is famous for the world's oldest vine, planted well over four hundred years ago. The centre of the city's wine culture is Lent, a picturesque river bank area along the Drava river, where ships used to be unloaded in the past. Over 300 different brands of wine are available from the local wine shop. The city also boasts a huge wine cellar covering an area of 20,000 square metres. Maribor is a vibrant city offering a wide and diverse programme of events. The ensemble of its opera house is widely recognised. The Lent area hosts a popular summer festival and the slopes of the nearby Pohorje mountains the women's Alpine Skiing World Cup competition for the Golden Fox Trophy, held in early January each year.

Maribor and its surrounding areas offer a diverse tourism. The Pohorje mountain range, one of Slovenia's most beautiful scenic areas, is a popular destination for hikers and skiers. A number of spa resorts and wellness centres are located in the city's surrounding areas. Maribor was the European Capital of Culture in 2012. Particular features of the region are Maribor castle (Mariborski grad) ,built by Emperor Frederick III in the 15th century, the Zice Carthusian Monastery, dating from the Middle Ages, the lovely small town of Slovenske Konjice and Ptuj, the oldest Slovenian city with a picturesque medieval city centre.

Our Villas in Inland Region 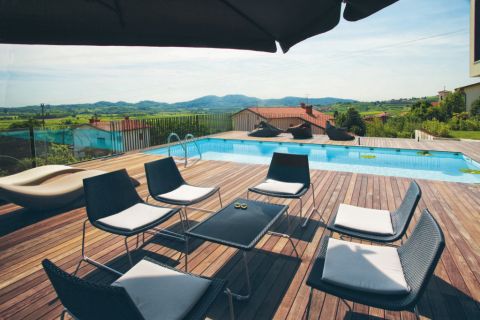 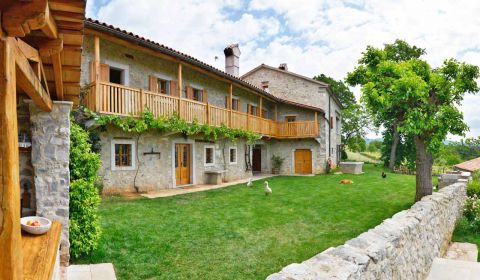 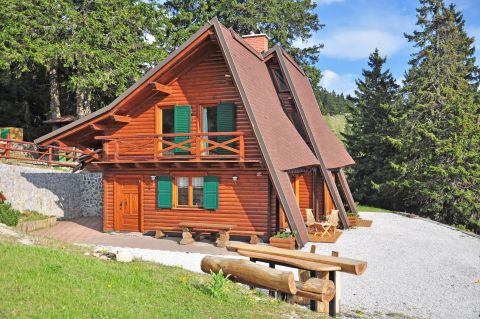 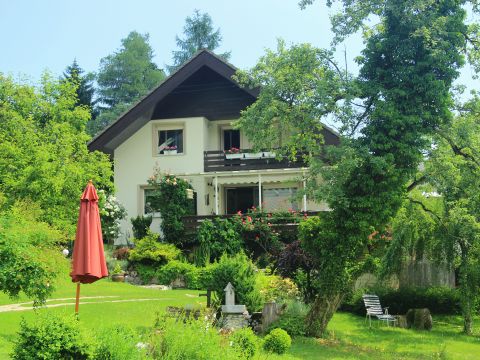 A 3 bedroom, 1 bathroom apartment with 3 balconies and a beautiful garden, BBQ and WiFi 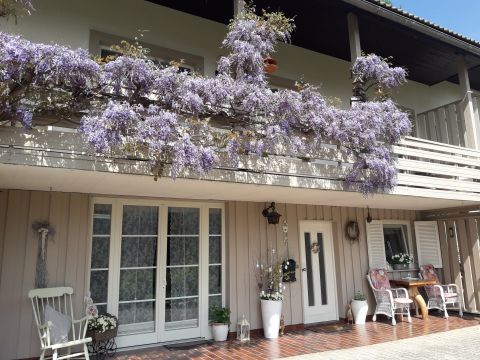 A 1 bedroom, 1 bathroom apartment with private terraces and a beautiful garden, BBQ and WiFi, Bled 3km 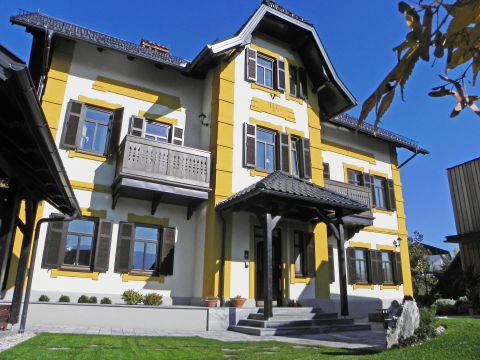 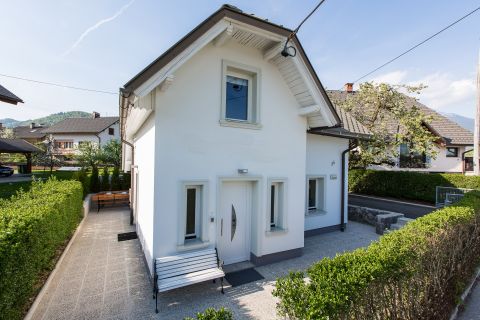 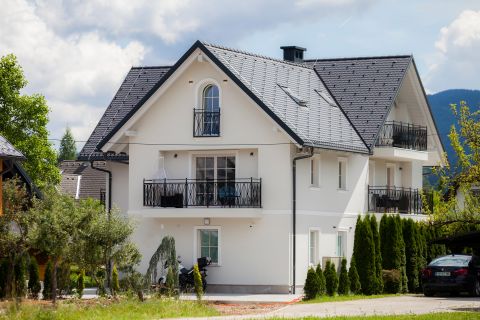 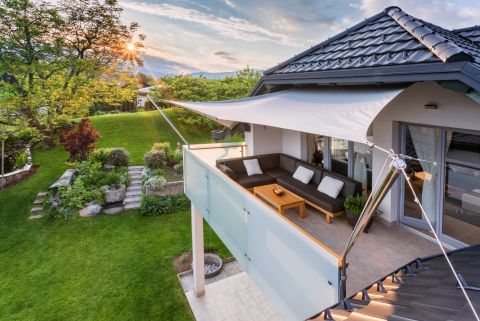 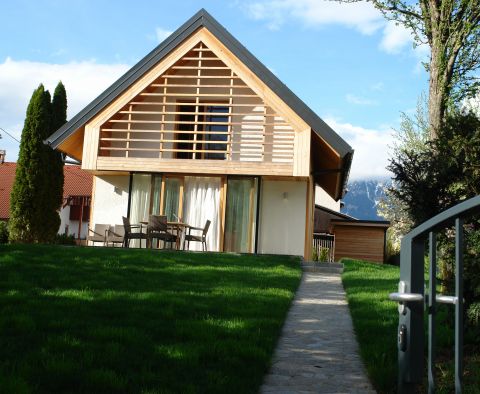 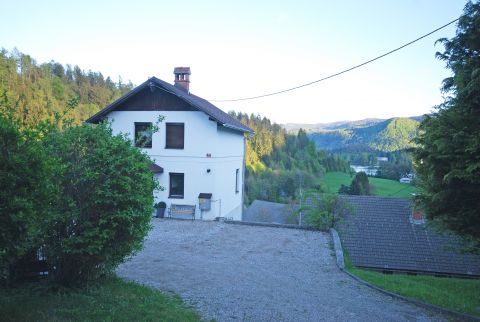 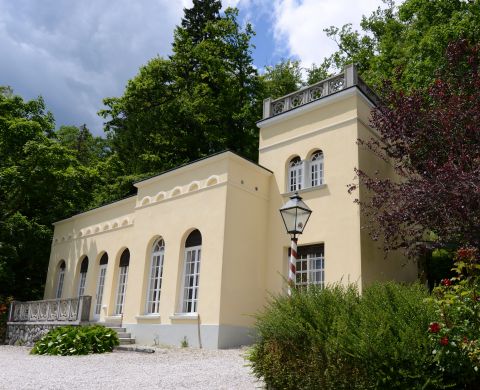 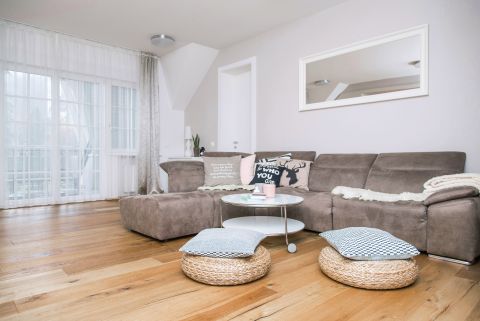 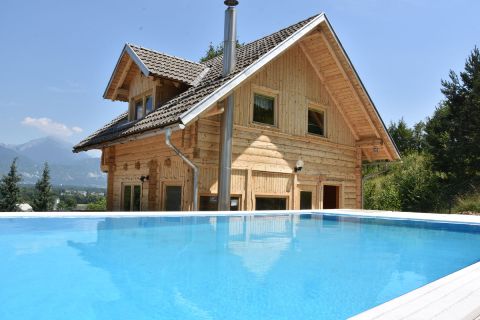 A seven bedroom family villa with a fenced, heated pool, golf course nearby and lake swimming. 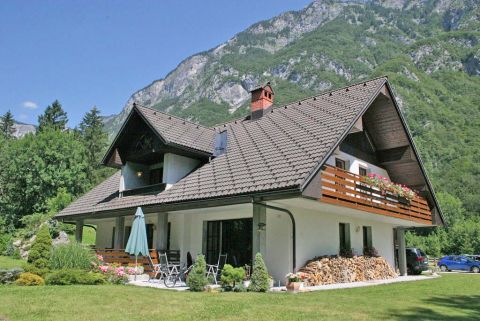 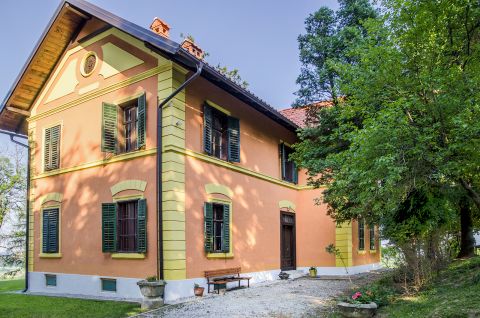